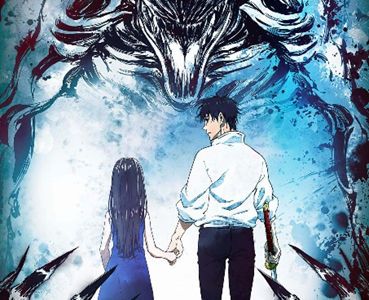 Jujutsu Kaisen is an anime, and Jujutsu Kaisen 0 is certainly a movie. Without a doubt. It’s the most anime movie ever. I haven’t watched this movie so yeah, I don’t really care at all but I’m reviewing it anyway.

This movie is based on a one-shot manga by Gege Akutami with the same title. I don’t know if it’s a success or not, but probably the editor back in Jump HQ was being a dick and wanted a redesign to the characters and probably overall story and thus Itadori Yuuji was born.

“Interesting main character design and goals? Change it. Make it the most bland and reactive-to-the-plot main character ever made ahahahHAHAAHAHAHAHAHA I need my paycheck.”

I haven’t read the original manga too so I’m going to make assumptions about the story. As far as I know, it’s about demons and shit, right? So yeah original premise right there, peak fiction. But, because this is Akutami’s most original idea before the editor ruined it, this is probably the most fresh take of Jujutsu Kaisen out there.

“Yeah I want money so I want to make a shounen. So, spiky hair, good vs evil thing, and probably a main character with sad past. Oh also wielding a katana. Those dumb fuckers love katana, aren’t they?” said Gege Akutami when asked where he got the inspirations for the manga.

But, the original draft of Jujutsu Kaisen 0 led the ufotable executives to adapt it into a movie.

“As CEO of this studio, I can relate to this manga,” said Hikaru Kondo after committing several tax frauds, “so I want my exhausted and underpaid animators to adapt this into an anime movie.”

So, let’s move on to the actual review, my opinion on it. Eh, it’s probably going to be good. I don’t know. I don’t really care. It’s not even out yet.

What do you seek?